If you are doing Velothon Wales, then here is a list of hazard points which you might want to be aware of:


1. Ocean Way / Rover Way - leaving Cardiff, the route heads down through the most unattractive part of Cardiff! Along these roads there's a fair bit of road furniture (including the 'Magic Roundabout' at Splott). The road along Rover Way tends to be filthy dirty due to the heavy industry down here. There are also two roundabouts to be wary of: in the past the road surface has been churned up by lorries, but I noticed last week that they had been resurfaced. Oh, and there's some railway lines crossing the road, but nothing to worry about - they are at 90 degrees to the road.

2. The Flats - as you go past the wind turbine, you are now entering 'the flats' - local chaingang territory. The surface of the last roundabout where you turn right by the freight terminal is pretty churned up by lorries, so take care there. The road surface past the travellers camp site is not great, but the rest of the flats is not too bad - just watch out for potholes. 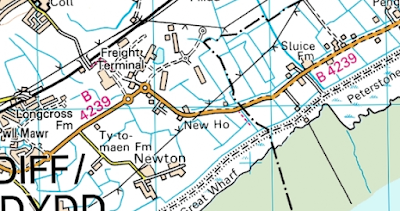 3. Newport - Langstone - the only risk along this stretch is that you will fall asleep from boredom. Its dual carriageway most of the way. The only dodgy bit is Nash Road just past the Velodrome where the road is narrow and full of sleeping policemen and pinch points as you go past the schools. You might find some interest in the Transporter Bridge or Llanwern steelworks, but other than that its deathly dull. Just enjoy the smooth roads.

4. Cat's Ash - coming off the A48 near the Coldra roundabout the route goes up a narrow lane - expect there to be some congestion here. 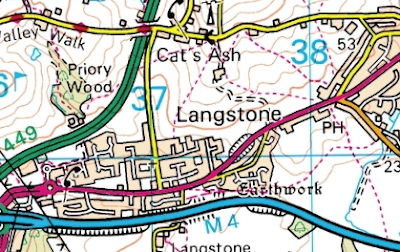 5. Belmont Hill - the descent from the Celtic Manor to Caerleon is very steep and fast. Visibility is not great at the fastest point, and theres a fast right hander followed by a left at the bottom. 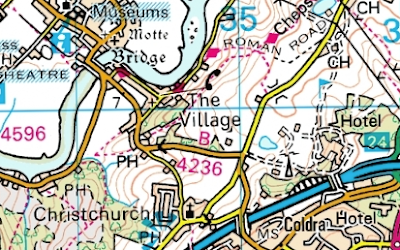 As you can see, the fast sharp right is marked by signs, but there is a dangerous manhole cover right on the corner. If its wet, that could be treacherous.

6. Caerleon to the Tumble - there are no problems here - the road is generally good all the way.

7. Top of the Tumble to Pontypool - the descent of the Tumble is fine. From Blaenavon to Pontypool though the road is pretty fast and windy. There's usually plenty of cars parked alongside the road though - not sure if they'll be there on the day, if they are then point them out to everyone else.

8. Pontypool to Newbridge - I hate this stretch of road - if its windy it'll be horrible, but at least there won't be any cars. Watch the descent to Crumlin - its very fast and you take a 90 degree left hander at the bottom.

9. Newbridge to Caerphilly Mountain - No problems along here - mostly dual carriageway so it should be fast.

10. Caerphilly Mountain descent part 1 - the first part of the descent is very steep (20%) with a right then left through a compression. Normally, you are trying to take this as fast as possible to maintain your speed up the slight rise to the Travellers Rest where the descent starts again. But going through the compression whilst turning left can catch you out, so you need to be concentrating here especially if you are catching slower/less experienced riders. 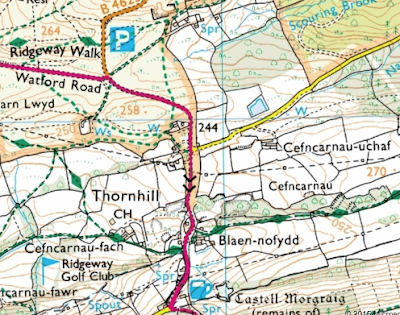 11. Caerphilly Mountain descent part 2 - coming off the top of the mountain you can easily hit 50-60mph right away. There's a right hander but its fine to take flat out. But straight after this you'll need to be hitting the brakes to take a 90 degree off-camber left hander into a narrow lane (Capel Gwilym Road). This could be super dangerous if people try coming up the inside, or experienced riders are merging with inexperienced ones. Seriously, this is the most dangerous part of the course, so take it easy! 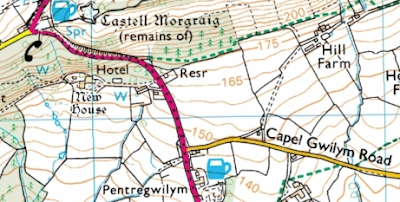 12. Lisvane - to Cathays - if you get round the left hander unscathed, then its a pretty easy run into Cardiff from here. There's a couple of awkward roundabouts at Lisvane railway station where you come off a descent and will want to maintain your speed to get up the small climb afterwards. Coming through Llanishen theres a couple of sleeping policemen. The last short climb is at Fairoak road and then it really is all down hill along Cathays Terrace, although the road surface at the bottom on the right hand bend is not great.

Take care out there!